To date, offshore wind farms have been a North Sea phenomenon, but Taiwan has become a first port of call in wind energy globalisation. This is good news for Danish exporters, but the island is surrounded by conflict-infested waters.

Against all odds, when Taiwan's voters went to the polls last Saturday, the incumbent president Tsai Ing-Wen won a second term in office. With a landslide 57 percent of the vote, Tsai and her centre-left Democratic Progressive Party (DPP) gained breathing space to maintain policy continuity and address Taiwan's long-term challenges.

Given strong spending power in Taiwan and a raft of new structural reforms, Danish exporters can expect a well-functioning market of 23 million consumers, with opportunities set to increase. However, in spite of the island's resilient economy, the President has plenty to deal with in the face of the rapidly ageing population, energy transition, trade war and a latent threat from China.

President Tsai did not only secure another term in office. She also claimed a victory for her parliamentary platform, in that DPP, which is ultimately seeking formalised Taiwanese independence, secured a majority in parliament by claiming 61 out of 113 seats. This achievement belied the unfavourable opinion polls and devastating defeat in the local elections in November 2018. 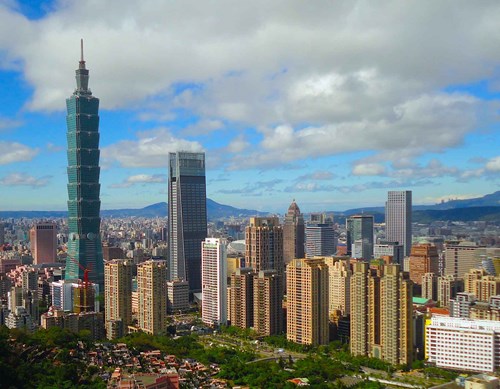 More than anything, Tsai's ability to recapture support was attributable to the civil unrest in Hong Kong. The violent demonstrations in Hong Kong, triggered by mainland China's intervention in the jurisdictional independence of this island nation, appear to have swayed young voters especially in Taiwan in favour of DPP's strategy of asserting greater Taiwanese autonomy vis-à-vis China. This is also an implicit rejection of China's 'One Country, two systems' offer – the principle applied to Hong Kong.

Taiwanese relations with China were already complicated, and the renewed support for Tsai's and DPP's line will do nothing to ease them. Beijing regularly reiterates its long-term goal of uniting former Chinese territories under Communist rule, and has repeatedly threatened to take the island by force if Taiwan declares its independence. Conversely, Tsai advocates maintaining status quo or greater independence. A violent outcome in this conflict is still unlikely, though, as all the parties have every incentive for avoiding open confrontation.

Danish exporters have already planted their flag in this new market

Ultimately, however, a peaceful unification scenario is not implausible, since the USA's options for protecting Taiwan are set to diminish in the face of China's economic and military rise. Without US backing, Taiwan will scarcely be able to maintain status quo over the long term. This might well mean making compromises with China on a new formula for co-existence. One alternative, for instance, would be an economic or monetary union.

A union with China is not about to happen any time soon, however, and Taiwan has sound prospects for continuing its positive development. Taiwan is one of the Asian tiger economies that boomed through the 1970s and 1980s, and the island today is economically at par with a number of OECD countries.

However, multiple economic challenges will have to be resolved in the coming years, if Taiwan is to maintain momentum. This applies notably to the dwindling labour force and ageing population. To that end, Taiwan is committed to improving living conditions for families with young children, while a national seniors policy and pension reform aim to encourage senior citizens to remain on the labour market for longer.

The aim is also to boost productivity by investing in automation by means of robotics and artificial intelligence. Consequently, new sectors are currently opening up in Taiwan within robotics and other high-tech, pharmaceuticals and assisted-living technologies aimed at the elderly care sector.

Another growth sector in Taiwan is offshore wind. The Fukushima Daiichi nuclear disaster in 2011 shook Taiwanese pro-nuclear support, and President Tsai's DPP won the previous election partly with a pledge to close the republic's nuclear power plants. The planned phase-out leaves an energy-supply gap that needs to be closed as soon as possible.

Taiwan has virtually no domestic energy resources, and consequently meets its energy requirement by importing energy in the form of fossil fuels. This is not only a costly and polluting solution; it also makes the island's energy supply vulnerable. The obvious solution is offshore wind. With abundant wind force, coastline and viable water depths, Taiwan has excellent conditions for offshore wind, and the sector is developing rapidly.

Danish exporters have already planted their flag in this new market, and opportunities are unlikely to decrease for Danish offshore wind turbine manufacturers in the coming years. On the back of the sweeping victory at the polls last Saturday, DPP and Tsai-Ing-Wen are on track for a greener energy system and are carrying out a number of other incisive reforms to ready the country for challenges ahead, not least in establishing a new basis for relations with China.

US-Iran confrontation could impact the global economy and Danish exports

Regardless of what transpires in the conflict between the US and Iran, it holds untold economic implications for the global economy and the Middle East, and for Danish exports too.