In Ukraine, the COVID-19 pandemic crisis took its toll on an economy that was already under pressure, but thanks to a recently approved loan programme from the International Monetary Fund there is now hope ahead.

The COVID-19 pandemic was an especially unwelcome guest in Ukraine, where the economy was already fragile in the wake of the conflict with Russia centred on the Crimean Peninsula. Ukraine is otherwise among the countries that have so far been successful in managing the public health aspects of the coronavirus crisis.

The government locked the country down faster than its Russian neighbours, so the Ukrainians have not been as hard hit health-wise, and are now in the process of reopening the economy. But this is sorely needed. 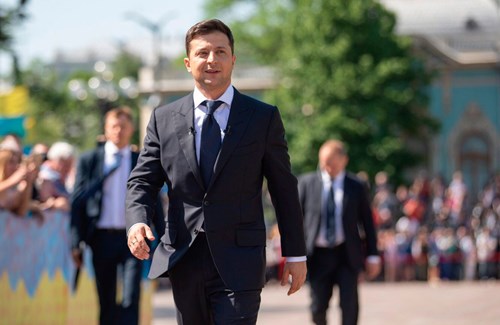 On 9 June, the International Monetary Fund (IMF) approved a USD 5 billion loan, which is just enough to keep the country on the right side of the economic abyss. The loan will cover a massive fiscal deficit, servicing of escalated sovereign debt and ease the economy back onto the growth track traced in 2019.

The loan was granted after Ukraine met requirements from the IMF for a banking law and land reforms. The new legislation prevents the previous owners of some 100 banks liquidated or nationalised under the country's banking-sector clean-up from reclaiming ownership or obtaining compensation through Ukraine's corruption-riven courts.

President Volodymyr Zelensky – a former comedian who made world headlines last year for his landslide presidential election win – thus has plenty to attend to in swapping satire out with serious reforms. The new banking law and land reforms are a fair acid test for the pro-Western and market-friendly president's reform vows.

Ukraine, like Denmark, is reliant on international trade. As a result, the disruptions to global supply chains and the slowdowns in key trading partner economies in the wake of the pandemic couldn't have come at a worse time. The unprecedented growth downturn in the EU hurts especially, since 50 percent of Ukrainian exports are sold to the EU. The recession in the third-largest export market, Russia, is yet another twist of the knife.

Farming practices in the country are well overdue for efficiency upgrades

As if that wasn't enough, a decline in productivity and steep rise in unemployment are to be expected. Compounded by plummeting remittances from the many expatriated Ukrainian workers notably in Russia, this is set to put a spoke in the wheel of personal consumption. Ukraine's economy is forecasted to contract by six percent this year before making up losses with projected growth of 5.6 percent next year.

Ukraine is otherwise a country that has been in the sights of many Danish export businesses, not least because of its vast tracts of arable land and large agricultural sector. Farming is the backbone of the economy, along with the production of metals and minerals, yet farming practices in the country are well overdue for efficiency upgrades.

This is where Danish businesses have an opportunity with some of the world's best solutions. In addition, Ukraine aspires to reduce its dependence on Russia, and that applies on the energy front too. Given the mounting interest in solar or wind energy, again, the opportunities in Ukraine are promising for Danish exporters.

That said, despite its geographical location close to the EU, the Ukraine has a difficult business climate. The banking sector and local currency are weak, and the risk of political unrest is looming in the background. These factors are important to bear in mind for Danish businesses eyeing their opportunities in the country.

In South Korea, an ambitious clean energy transition to ramp up the economy could benefit Danish exporters.
Article