Despite mass demonstrations in many cities, and a growth slowdown, the prospects for Danish exports remain sound. Danish businesses are among the world leaders in several sectors where India is seeking solutions.

At the start of 2019, India was the world's fastest-growing major economy, and the outlook was still bright. However, the buoyant mood lasted only a few months, and a series of problems near-halved GDP growth to 4.5 percent for 2019 overall – the weakest economic result in more than six years.

While that growth rate would be enviable for most countries, it has to climb far higher in India if the young population is to avoid unemployment. By as early as 2025, India's labour force is expected to outstrip China's, while the total population of India will be approaching 1.5 billion. While there is no certainty that the same optimism can be regained in 2020, the stock market is in no doubt: the influential SENSEX 30 index surged to a record high in January 2020. 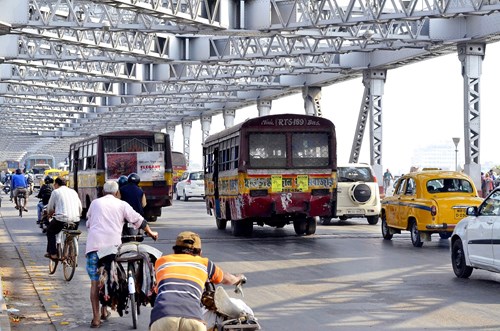 The slowdown has forced the Indian government to announce new plans to re-catalyse growth and realise the ambition of positioning India as the world's third-largest economy in the space of just two decades. At present, the country is in fifth place. The aim is to step up the measures to lift millions of people out of poverty.

The main factors behind last year's growth slump are weaker spending and a lack of investment. Personal consumption expenditure is constrained by the banks applying stricter conditions to credit facilities in spite of multiple interest-rate reductions by the Indian central bank, and by unemployment in 2019 reaching a 40-year high. This has weakened consumer confidence in a brighter future.

Investment is ailing from the relative difficulty in obtaining permits for building new factories in India. That said, in just three years, India has leapt from 142nd place to rank as number 63 on the World Bank list of countries with the best environment for doing business. For comparison, Denmark is in fourth place. However, disputes with the authorities, for example, still have a way of quelling the interest of even the most robust multinationals seeking to start doing business in India.

Add to that a weak infrastructure and electricity shortages, and India has far from ideal conditions for competing with China, Vietnam and other Asian tiger economies.

2019 also brought new challenges in domestic politics. Prime Minister Narendra Modi regained power in the general election in May, but his moves to privatise and open up the economy to international companies met with opposition from trade unions and other quarters.

Despite lowered expectations for growth in India in 2020 and the coming years, Danish companies still have sound opportunities for exporting to the country

Meanwhile, his credo of Hinduism and nationalism has divided the population, and towards the close of 2019, India was seeing mass demonstrations in more than 50 cities. The protests have continued in 2020 led by students. The underlying issue is a new law that preferentially grants citizenship to non-Muslims from India's neighbouring countries. This has shaken advocates of India as a secular state where religion is a private affair.

Despite lowered expectations for growth in India in 2020 and the coming years, Danish companies still have sound opportunities for exporting to the country. India's ambitious plan to become the world's third-largest economy by 2040 targets more renewable energy, massive investment in infrastructure and green solutions to secure clean drinking water, and tackling the country's mounting challenges of air pollution, wastewater and refuse management. Most recently, Modi has launched a plan to invest the equivalent of more than DKK 10 billion in national infrastructure over the next five years.

Danish businesses are among the world leaders in the very sectors where India is seeking solutions. Danish exports to India have duly increased by a fair amount in recent years, with annual growth rates at the 10 percent mark. However, it should be borne in mind that the baseline was low following a number of years of cool relations between India and Denmark.

The potential for Danish companies is high, but operating in India's business climate and 29 states with their diverse regulations calls for quite some savvy.

The Luanda Leaks reveal the fate of a nation where, for many years, a small elite repressed the country in poverty and corruption.