Hope for a fresh start in Argentina after debt restructuring deal

Argentina and a number of its major creditors have reached an agreement on restructuring the country's astronomical overseas debt.

The last three years have seen the economic crisis in the South American country Argentina spiralling out of control. The country has been afflicted by negative growth and galloping inflation at around 50%. Following the onslaught of COVID-19, the economy is forecasted to shrink by a full 10% this year.

Argentina gained a new government in December last year, which soon discovered that the state coffers were empty. The sovereign debt had soared as a result of the previous government's massive USD-denominated borrowing overseas. When the peso slumped heavily in value against the U.S. dollar, the government began to run out of funds to service the mounting debt, and no-one was keen to grant new loans to a country bordering on bankruptcy.

By last spring, Argentina had no other option but to suspend its debt repayments and bite the bullet in talks with private-sector creditors abroad on restructuring the debt. By early August, a deal was finally struck with a number of major overseas creditors. Overall, Argentina stands to save around USD 38 billion over the next decade if the creditors sign the agreement by no later than 28 August. 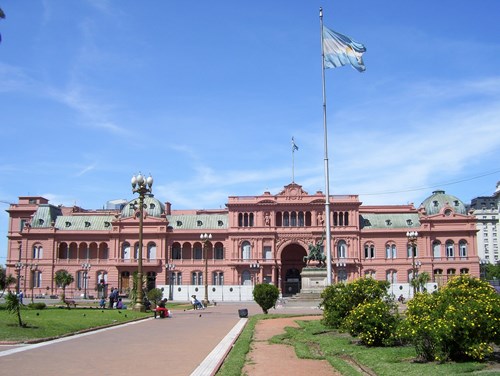 This lights a faint candle of hope for a fresh start for an ailing economy at a difficult time. Argentina will now be embarking on negotiations with the International Monetary Fund (IMF) to defer repayment of the USD 44 billion borrowed by the previous government in a bid to avert sovereign default.

The way out of the crisis will be a long hard slog for a nation that has seen wages eroded by high inflation. More than one in three Argentinians are now living below the poverty line, and Argentina's GDP per capita is expected to slump this year to the same level as in 1973.

Earlier this year, in a drive to halt inflation, the government froze public service rates charged for electricity, gas and public transport, and in a recent move has also put a freeze on telephony, internet and TV charges until year-end. Moreover, during the COVID-19 crisis, the government imposed a temporary ban on laying off employees. However, these interventions make it no easier to operate a business in Argentina.

To achieve a turnaround, Argentina now has to overcome a number of key challenges. More than anything, the fiscal balance needs to be restored. This year, the budget deficit is set to be the highest in 60 years, and the government is largely financing expenditures by printing more money. This is not sustainable. In addition, inflation needs to be brought down.

The previous government attempted to float the peso exchange rate relative to the USD, but that led to further inflation with rising prices when the peso collapsed in value. Although the new government that took office at the end of 2019 has sought to keep the peso rate pegged to the U.S. dollar, this has only caused overvaluation of the peso and drained the currency reserves.

As a counter-reaction, Argentina has applied comprehensive foreign exchange controls in a bid to limit capital outflows. Until now, the Argentinians have been allowed to purchase just USD 200 per month, but the government is now considering withdrawing this popular option completely.

There is a dire need to improve the commercial climate in Argentina, which has worsened significantly under the current government. Equally, the country's comprehensive export tax regime is far from export-friendly.

Despite promising economic development after its debt crisis, Portugal risks being set back many years by COVID-19.
News

EKF welcomes two experienced profiles to boost exports of Danish wind technology and support large corporates with regard to export and internationalisation.