With its eighth successive democratic general election, Ghana is the lodestar in the region. The incumbent has high ambitions for development, which spells opportunities for Danish exports.

When its polling stations open in December, Ghana will be cementing its status as one of the strongest democracies in West Africa. In the eighth successive democratic general election, Ghanaians will be voting for either incumbent president Nana Akufo-Addo or challenger and ex-president John Dramani Mahama.

The election campaign issues are education, infrastructure and healthcare. That makes Akufo-Addo a firm favourite with many voters owing to his success in delivering on his previous campaign promises. Within education, he has delivered on Free Secondary High School – an initiative that won voters in the segment of the population who struggle to afford school fees. 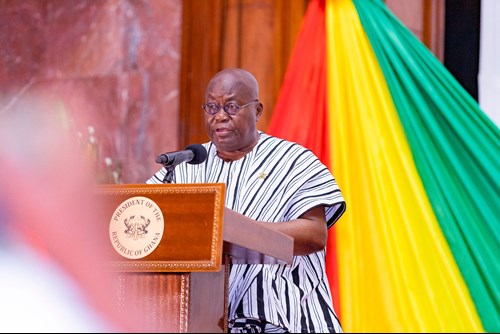 The president and his government have also gained popular backing for flagship projects within infrastructure, including the 'One District, One Factory' project in which a manufacturing plant is built in every district nationwide to create jobs. A similar concept is seen in the 'One Village, One Dam' initiative to ensure irrigation in regions of smallholder subsistence farming communities.

According to officials, this has resulted in 58 new factories – most of which were built by private companies – and 265 irrigation projects. Akufo-Addo has also, Chinese-style, dubbed 2020 'Year of Roads' in reference to the large-scale ambitions to extend the road network throughout the country.

In healthcare, the country has received international plaudits for managing to carry out more COVID-19 tests than any other country in Sub-Saharan Africa except for South Africa.

However, Akufo-Addo's administration will not be able to avoid the economic headache spread by the COVID-19 pandemic to halls of government worldwide.

Maintaining momentum for the key policy issues is vital because Ghana will need to get its wheels turning again to have a chance of meeting the costs generated by a colossal 75% sovereign debt/GDP ratio.

The International Monetary Fund (IMF) rates the debt as sustainable, yet still has concerns about Ghana owing to the high risk of default. This year, growth is set to slow to 4.9 percent, but forecasts indicate that the much-needed growth will return next year and by 2024 work its way up to the six percent plus of pre-pandemic years.

Economic challenges are nothing new in this part of the world. In 2015, Ghana was granted an IMF extended credit facility, but has just recently wound that up. This timing smacks of electioneering, since it allows Akufo-Addo to claim he was the president who geared Ghana to sign off with the IMF. Only time will tell if that was jumping the gun, as many economists predict that Ghana could be one of the next countries to veer off into severe economic distress.

Danish avenues in the Year of Roads

Given Akufo-Addo's ambitions, there are opportunities for companies specialised in electrification, water, roads, etc., meaning basic infrastructure. Equally this is a land of golden opportunities for Danish agricultural and food businesses capable of supplying high-grade technology and products to the West Africans.

EKF provides a guarantee of GBP 304 million to Seagreen, a new offshore wind farm off the east coast of Scotland.
Article

The Dominican Republic has in recent years enjoyed an economic boom, with annual growth rates exceeding 6 percent. With this high economic performance, the country has set itself apart fr om the rest of Latin America, and not least neighbouring Haiti, with which The Dominican Republic shares the island of Hispaniola.