China could ride out the storm with true political grit

The Chinese economy is caught up in a storm of 'black swans' battering both Danish exports and the global economy. While there is still the potential to change tack, this will call for government grit and determination.

The Chinese saying, 'a fire on the city gate brings disaster to the fish in the moat', has never been more accurate than now that Xi Jinping has compounded troubles to contend with. The infamous corona virus disease, COVID-19, is just the latest blast in the headwind that has increasingly been slowing down the Chinese economy. 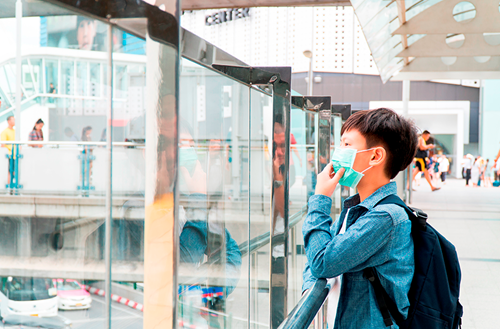 The pressure on the Chinese economy is bad news not only for China, but also for Denmark and the global economy. The Chinese economy is the second-largest in the world, accounting for about 15 percent of the global economy. At the same time, China buys about 4.5 percent of Danish exports, making it Denmark's sixth most important export market. Any downtime in China impacts global value chains, as many sub-components for other goods are manufactured in the Republic.

The good news is that China still has high potential to catch up with the world's most affluent nations, which would benefit both the global economy and Danish exports. However, implementing the needed radical political and economic reforms will call for grit and determination.

Undoing the problems of its own doing

Some of China's current challenges are to some extent of its own doing. The COVID-19 epidemic, for example, could have been dealt with better were it not for the cover-up culture of the authoritarian system. President Xi has centralised power considerably in recent years where criticism and open debate have become risky.

The trade war is primarily down to Trump, but China also bears some of the blame. China still seeks to protect its own businesses in its domestic market against international competition, while the same businesses are encouraged to go global with government backing. In the long run, this was never going to cut it as fair play abroad.

The COVID-19 epidemic, for example, could have been dealt with better were it not for the cover-up culture of the authoritarian system

The unrest in Hong Kong is also an 'own goal' attributable largely due to long-standing Chinese erosion of Hong Kong's autonomy despite promises to the contrary. The accumulation of severe imbalances in the Chinese economy ensuing from high debt, over-capacity in several industrial sectors and declining productivity growth is also largely due to the Government hitting the brakes on market reforms since at least 2014, while giving gas on loose credit.

However, China still has high potential for staging a comeback. According to World Bank benchmarking against the most advanced economies, China's productivity is still only half that of Denmark's for example. This is also indicated by purchasing power parity figures that put China's GDP per capita at only a third of Denmark's. That suggests that China has considerable potential for catching up with the advanced economies and sustaining higher economic growth rates than other countries like Denmark for many years to come.

However, to regain its growth momentum, China will first have to take incisive action in three key domains

This is good news for both the Danish economy and the global outlook. Because when the Chinese become more affluent, they will be able to up their private consumption and afford costlier, higher-end goods. Meanwhile, for Chinese manufacturing to gear up while going greener, it will need to become more efficient, quality-focused and eco-aware. A great many Danish solutions could help to make that happen: right from agricultural solutions to energy-efficiency technology and energy technologies. With greater prosperity, China would also be able to enlarge its health care and elder care sectors. Again, these are sectors in which Denmark has strengths.

However, to regain its growth momentum, China will first have to take incisive action in three key domains. Firstly, investment and labour must be directed at where they stand to yield the most in returns and productivity. At present, government economic interventions render many investments suboptimal.

Secondly, according to the World Bank, China has much to gain from widescale upgrades to established technologies. However, technology transfers require more foreign investors, meaning that China will have to open up its domestic market and establish equal and equitable competitive conditions.

Thirdly, China needs to transition to an innovation economy. Innovators are primarily entrepreneurs and private-sector players, so to stimulate sustained innovation characterised by high risk, China will have to improve its business climate. IP rights, including copyrights and patents, must be better protected, which calls for the rule of law and an independent judiciary.

The big question is whether the Chinese government can countenance such radical interventions given that many of them are anathema to the Chinese Communist Party, since they entail abandoning familiar policies and relinquishing a great deal of political and economic control over society.

UK: breakaways on the back of Brexit

The exit of the United Kingdom of Great Britain and Northern Ireland from the EU has fanned the flames of independence in both Scotland and N. Ireland