Home
What We Do
Become an expert in export
Inspiration centre
Country columns 2019
France: powered by the winds of reform

France – powered by the winds of reform

In the coming weekend, a large Danish business delegation will be visiting France together with the Danish Crown Prince Couple.

By: Jørn Fredsgaard, director in EKF

Expectations of the delegation are running high, as relations between Denmark and France are seen as being better than ever on the back of reciprocal state visits and the attention gained for Denmark from hosting the Grand Départ of Tour de France 2021.
In the recent past, Dano-French relations have been sealed at the royal level, but politically too, the increasing rapprochement between the two countries holds great opportunities for Danish exports.

The French President certainly recognises the potentials of the Danish organisation of the labour market according to the so-called 'flexicurity model', which succeeds in balancing reforms with worker welfare. And when the time came for ministerial appointments to the European Commission, word had it that Emmanuel Macron was carrying a political torch for Denmark's Margrethe Vestager. 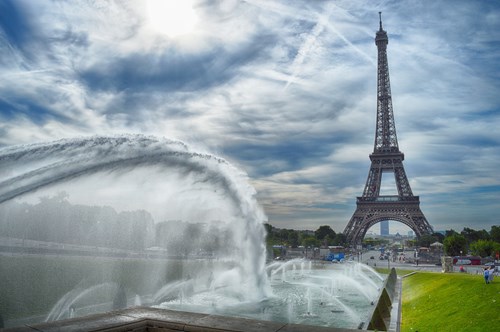 Within the health system and elder care sector, Macron also has his sights on Denmark for its organisation of the health care sector and practical solutions for hospitals and nursing homes, together with its Ageing in Place initiatives.

With that in mind, the business delegation's representatives of the Danish energy sector are looking forward to meeting their French counterparts. While Denmark already has numerous offshore wind farms, France has only recently embarked on construction of its first offshore wind park. France, however, will be installing up to 11 GW wind power onshore and offshore in the coming years. This corresponds to the annual electricity consumption of 11 million households, which is double Denmark's currently installed capacity.

Denmark is the global power house in offshore wind. Danish companies are world leaders in both the development and construction of offshore wind farms – and EKF Denmark’s Export Credit Agency is a leader in their financing. The plans to change France's energy mix are consequently of particular significance for Danish export potentials.

But other segments of the energy sector also hold opportunities for Danish solutions. Only a small number of rural communities in France have their heating needs met by a district-wide utility. The French are therefore keen to hear about the Danish successes in district heating, biogas plants, solar energy facilities, building insulation, and energy-efficiencies generally.

The French reforms are not merely wishful thinking. The money and investment are in place to realise them. The French economy is currently faring better than Germany's, which is edging towards recession. Moreover, Macron has launched a number of initiatives to attract investment for his reforms, including an annual investment conference, which is intended to unlock even more of France's potential.

The French reform wave may thus very well hold opportunities for those Danish companies that venture to sail in it.

Challenges behind the Chinese anniversary

On Tuesday, China will be marking the 70th anniversary of the founding of the People's Republic.
News

EKF has a new look and a new website

Our website and our old look had become slightly dated and out of shape. It was starting to feel a little like wearing a flowery shirt with a big collar and carrying a Nokia 3210. So we’ve retired both of them.