US-Iran confrontation could impact the global economy and Danish exports

Regardless of what transpires in the conflict between the US and Iran, it holds untold economic implications for the global economy and the Middle East, and for Danish exports too.

Last week, the US stirred up a mighty hornet's nest with a drone strike that killed the Iranian general Qassem Soleimani. The attack has escalated tensions in the Middle East and the risk of all-out war between the US and Iran has rarely been higher than it is now. 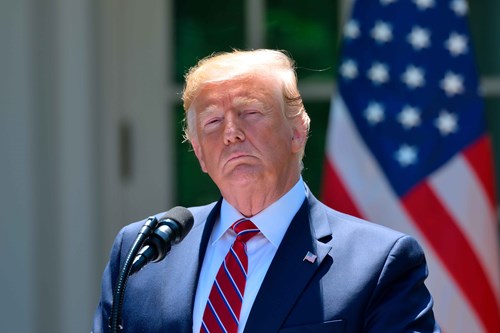 So far, there's no telling the next military moves in the confrontation, but the entire region will undoubtedly be affected by the situation on the economic front. In a worst-case scenario, the conflict could also impact the global economy.

The Iranian economy was appreciably weakened in 2018 when Donald Trump withdrew the US from the Iran nuclear deal and reimposed sanctions against the country. With that, Iran had effectively fallen off the Danish exporters' radar. However, if the current tensions culminate in a situation of war between the United States and Iran, this will cause the complete collapse of the Iranian economy, which could send shockwaves far and wide in the global economy.

However, of more significance for the global economy is that military conflict is likely to trigger soaring oil prices

Past military conflicts illustrate the colossal impacts of war on an economy. The Syrian economy, for example, has shrunk by 60 percent during the civil war. The Iranian economy is far larger than the Syrian, accounting for approx. 1.2 percent of global GDP. A contraction in Iranian economic output of, say, 25 percent would thus reduce global growth by about 0.3 percent. This is compara-ble with the downslide the US-China trade war is estimated to have caused to date.

However, of more significance for the global economy is that military conflict is likely to trigger soaring oil prices. This is because one fifth of the world's oil is shipped through the Strait of Hormuz between Iran and Oman. If Iran completely cuts off the Strait of Hormuz, the price of oil could climb to as much as 150 dollars per barrel. This would cause global inflation to rise, with countries reliant on energy imports being the hardest hit.

The heightened tensions also directly impact several of the neighbouring countries in the Middle East. For years, Iran has gained increasing dominance in the region, and currently exerts substantial political and military influence in neighbouring Iraq, Syria and Lebanon, which, in effect, form a Western corridor or land-bridge from Iran to the Mediterranean. Iraq and Syrian are particularly fragile and could very well end up as the battleground in a proxy war between Iran and the United States.

Qassem Soleimani was indeed assassinated in Iraq, a country in which the Iranians have extended their influence though Iran-backed Shia militias since the fall of Saddam Hussein in 2003. Western troops are still present in the country, but last Sunday, the Iraqi parliament passed a bill to expel Western troops from the country because the American strike had taken place on Iraqi territory.

From the Danish perspective, a key factor is the extreme vulnerability of Turkey

Trump, who has issued contradictory statements concerning US withdrawal from Iraq, retaliated with a move to impose sanctions on Iraq if the country carries out its threat to oust American troops. If the US does pull out, this is likely to trigger uncertainty surrounding the Iraqi economy. This could adversely impact Danish exports to the country, which in 2018 totalled DKK 537 million.

Besides its direct detriment to individual countries, the conflict could also have indirect negative impacts on the economy of the entire Middle East. From the Danish perspective, a key factor is the extreme vulnerability of Turkey, the largest Danish export market in the region. Turkey imports a large share of its energy, and rising oil prices would make energy imports even more costly.

Meanwhile, Turkey is reliant on foreign capital inflows, but the global capital markets are likely to increase the risk premium in the face of escalating military conflict in the region. In this way, the conflict could very well impair growth in Turkey and, in so doing, harm Danish exports to the country. Exports which in 2018 were worth around DKK 6 billion.