We are now verging on that time of year when hordes of Danes dust off those inflatable pool toys and head for hotter climes. But the summer season is unlikely to be anywhere near normal either this year, in terms of Danish outbound travel options or foreign tourists' opportunities for spending money in Denmark.

According to a survey by The Danish Chamber of Commerce, annual foreign tourist receipts are worth DKK 55 billion in Denmark. This spells a bleak summer for Danish businesses whose trade is more or less tourism-dependent.

Looking southwards, the situation is a good deal worse. Especially in the countries of South-Western Europe, where cash flows from streams of sun-seeking tourists account for a large slice of GDP.

In Italy, Assoturismo estimates that the country is likely to miss out on 60 percent of its tourists this year. In 2019, the tourism share of GDP was 13 percent, so if the 60 percent holds true, the direct impact on the country's GDP will be minus 9.6 percent. The decline in tourism will afflict not only hotels, restaurants, taxicab services and retailers, but also the segment of the economy that supports the tourist industry. 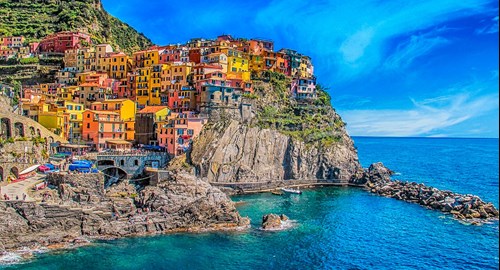 This includes the logistics firms that supply ingredients to restaurants, fishermen who sell their catch to seafood restaurants, or the commercial laundries serving the hotels. Italy already has a sky-high sovereign debt, and has been in recession three times over in the past decade, so a tourism downturn is a downer, to put it mildly.

In Spain, tourism contributes 14.3 percent of GDP, and the cash spend by its tourists accounts for a substantial 18 percent of total exports. The Spanish borders remain closed, and unrestricted domestic travel is still no-go for Spanish nationals. A Spanish industry association forecasts that losses may reach the EUR 120 billion mark, which would be 80 percent of the tourism revenue banked last year.

Meanwhile, in neighbouring Portugal, the contagion is under control. Against that, tourism accounts for 16.5 percent of GDP and 23.5 percent of exports, making the country highly dependent on tourists, especially those arriving by air. The government is promoting domestic tourism, but it won't be nearly enough to make up for the shortfall of international holidaymakers.

South-Western Europe's tourism hotspots face two major challenges: demand and logistics. On the demand side, far fewer people are keen to travel owing both to travel advice from local authorities and for fear of catching the virus en route. This could make economic recovery a protracted process. Logistically, air travel will continue to have less appeal, and to make matters worse, holiday attractions like hotels and beaches are obliged to apply restrictions, putting a damper on the holiday feelgood.

It reduces their capacity to import quality products from Danish businesses

The governments of the three countries have provided business lifelines in the shape of wage compensation, lines of credit and support for laid-off seasonal workers. However, while state aid benefits tourism enterprises, it takes a tough toll on national debt.

But there may be light at the end of the tunnel. Italy opened its borders on 3 June, Spain opens on 22 June, and the Portuguese border closure is due to end on 15 June. The hope is that this will see tourism make a steady recovery, not only because the shortage of tourists will take its toll on these economies, but also because it reduces their capacity to import quality products from Danish businesses.

Despite COVID-19 fallout, the East Asian high growth economies may rebound faster from the crisis than many other countries.
Article

After May, the flood

While we still have the worst economic figures to come, we can take heart in the fact that Denmark, at least, has effective, tried-and-tested paradigms for public-private partnerships.