The world's fifth-poorest country has just celebrated 60 years of independence, and with major infrastructure projects on the drawing board there is now a basis for increased Danish presence.

Last week saw festivities throughout the East African island of Madagascar as the population marked the 60th anniversary of its independence from France. A much-needed celebration for a country facing an economic downturn of 3.8 percent this year in the wake of the coronavirus.

The poverty of the Malagasy people may seem surprising given that no less than 80 percent of the world's real vanilla comes from the world's fourth-largest island. The Danes, staunch adherents of real vanilla rather than synthetic vanilla essence for their traditional "koldskål" dessert, will undoubtedly have remarked that the vanilla bean has become a costly luxury ingredient. In 2013, a kilo of vanilla cost DKK 125, while the price today is verging on the kilo price of silver, at just over DKK 3,000. This massive increase is attributable both to increased demand, but also to the frequent cyclones from the Indian Ocean that have ravaged vanilla production and supply. 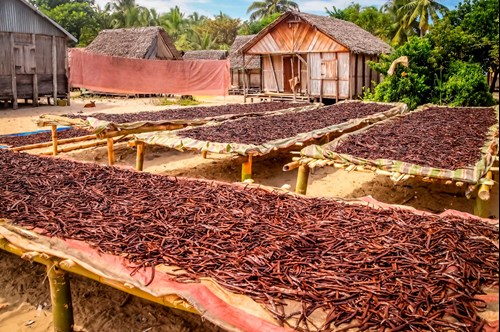 In spite of sky-rocketing prices, Madagascar is heavily under-developed, ranking as the world's fifth-poorest country measured by GDP per capita. With a population of around 27 million, this means that a very large group of vulnerable farmers are struggling to survive in outlying regions.

The national accounts, however, are a lot better off. This is due notably to the fact that Madagascar, as one of the very poorest countries in the world, was able to secure loans on favourable terms from Western donor countries. In recent years, the national debt has been brought down, largely by the high vanilla prices, and external borrowing has been scaled down. In addition, roughly 300,000 annual tourists have been willing spenders in the Republic. While cashflows from tourists account for 15 percent of the Malagasy economy, like in all other tourism hotspots, this share of the economy will be hit hard by the coronavirus pandemic. The impacts of the coronavirus are forecasted to outstrip those caused by the 2009 Malagasy political crisis, which halved the number of visitors.

The incumbent president, Rajoelina, was responsible for what was widely denounced as a coup d’état in 2009, in which he drew military backing to depose the then president, Ravalomanana. Rajoelina accused the democratically-elected president of starving the Republic's population, but one of the reasons for the take-over was undoubtedly that the president had shut down Rajoelina's TV channel with dubious allegations of disturbing the peace. Following the coup, Rajoelina served as acting president in 2013 until he lost a free election, only to be reinstated by a landslide election victory in 2018.

The exports potential has increased, especially now that Madagascar has plans to improve its deficient infrastructure

Following Rajoelina's win in 2018, the forecast has been for an extended period of political stability ahead for Madagascar. This will favour the Republic's economic development, since the president appears keen to carry out the reforms proposed by the IMF and the World Bank. Meanwhile, Madagascar is critically reliant on maintaining good standing with international creditors such as the US and France especially.

Trade between Denmark and Madagascar is nothing short of negligible. Denmark's imports from Madagascar amount to around DKK 15 million per annum, of which a third is real vanilla for those traditional desserts. However, the exports potential has increased, especially now that Madagascar has plans to improve its deficient infrastructure with projects such as an extensive motorway to serve the capital. This is an area in which Danish businesses are well positioned.

In South Korea, an ambitious clean energy transition to ramp up the economy could benefit Danish exporters.
Article