Home
What We Do
Become an expert in export
Inspiration centre
Higher the flight, harder the fall for Turkey's economy

Higher the flight, harder the fall for Turkey's economy

Turkey has gone from being a promising export market to being a maze of economic and political risks.

With its population of around 80 million, rising incomes and its location right on Europe's doorstep, Turkey has long been a tantalising prospect for Danish exporters. But the risk of exporting to Turkey has been steadily rising for some time. 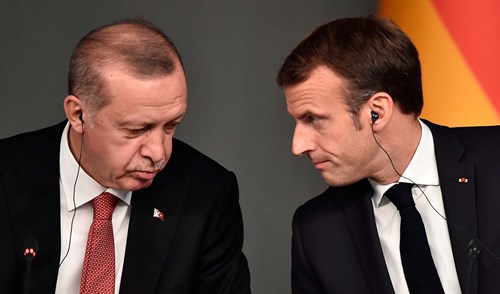 Not only is Turkey constantly embroiled in international conflicts – most recently with President Erdoğan's attack on France's President Macron following his defence of the Danish Muhammad cartoons – its economy is on the verge of collapse.

The higher you fly, the harder you fall

For a number of years, the Turkish economy has been revolving in a boom-bust cycle. A kind of higher-you-fly-harder-you-fall economy, where periods of overheating and unsustainably high growth are followed by deep troughs and recession. This is due to the political priority given to short-term growth over macroeconomic and financial stability. Nonetheless, in every cycle, Turkey has managed to service its external debts and avoid a more extensive economic crisis.

The main risk of doing business in Turkey comes from its macroeconomic imbalance such as in its high inflation of 12 percent, negative real interest rates hovering at around -2 percent, a balance of payments deficit of around -3 percent and a foreign exchange reserve scraped from the bottom of the coffers.

This type of imbalance impairs the options for bolstering the economy via financial and monetary policy, since this could trigger freefall inflation and heavy exchange rate pressure. Despite the daunting challenges, Erdoğan is on the back of the central bank – which is not as independent as it should be – pushing it to ease its monetary policy.

Besides the economic risks, there is the constant risk of sanctions being imposed on Turkey because of its incessant involvement in geopolitical conflicts

Compounded by galloping credit growth in government-controlled banks, this is putting hefty pressure on the lira.

The Turkish situation is all in evidence in external ratings, with Moody's, for example, unexpectedly downgrading Turkey on 11 September. Nevertheless, the credit rating agencies' main scenario sees Turkey tighten its financial and monetary policy and thereby ease pressure on the exchange rate and avert severe economic crisis. In 2018, Turkey suffered a currency crisis, where it was the interest rate increases by the central bank – which were also very late then – that finally stabilised the lira.

There are signs of the same stringency measures now, with the central bank raising the interest rate by 2 percent in September to 10.25 percent, though this is too little too late, as the interest rate may need to be set as high as 20 percent to stabilise the lira. Turkey could opt to seek assistance from the International Monetary Fund (IMF), but this would represent defeat for Erdoğan, who brands himself as the strong man in the region and on Turkey's independence of the IMF.

Besides the economic risks, there is the constant risk of sanctions being imposed on Turkey because of its incessant involvement in geopolitical conflicts. These include the dispute with Greece/the EU over maritime borders, with the USA on Turkish banks' breach of the Iran Sanctions, with Russia on the Armenia-Azerbaijan conflict and the conflict in Libya as well as with the Arab nations on Syria. According to Turkish businesses, in recent months, Saudi Arabia has introduced a de facto import ban on Turkish goods in retaliation for Turkey's increasing military engagement in the Arab world.

Danish companies with their sights set on Turkey will have to cross fingers that it manages to restore trust in the country. This would presumably require stronger central bank independence and de-escalation of the geopolitical conflicts.

America's future is green – not orange

The US is increasingly buying green solutions from Danish companies, and the potential is unlikely to shrink even if Donald Trump reclaims power on 3 November.
Article

Uzbekistan charts a course towards opening and reform

On 20 October, Danish businesses will be geared up for an export drive to Uzbekistan. While reforms and high growth rates have created potential in this former Soviet country, there is still cause for caution.