There are crucial differences between the corona crisis and the financial crisis. The current crisis appears to be hitting global trade harder, and this will have severe consequences for Danish exports.

By: Jørn Fredsgaard Sørensen, Director of Country, Bank and Sector Risk at EKF

A comparison of the corona crisis and the 2008/2009 global financial crisis reveals how international finance and supply have changed over the last decade. Whereas the crisis of a decade ago arose in the financial sector, the current crisis stems from outside the economy. The financial crisis started as a US problem with the “subprime” crisis back in 2007, and did not escalate into a global financial crisis until September 2008 when US Treasury Secretary Hank Paulson refused to bail out Lehman Brothers. 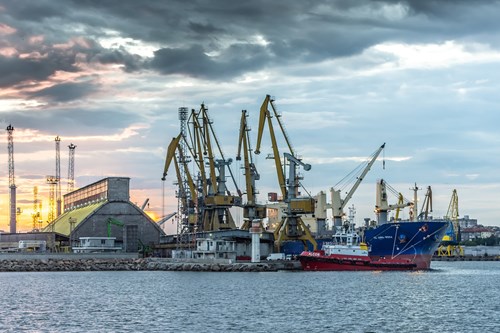 The Lehman collapse revealed that the financial sector was inextricably interconnected. The collapse afflicted not only the USA, but also Europe, whose banks were also high-risk players in the era's financial casino on Wall Street. At the beginning of 2009, global trade fell by almost 20% – the biggest fall since the Great Depression of the 1930s – but soon bounced back.

Unlike in 2009, the 2020 crisis is a forewarned and “manipulated” crisis. Much of society has intentionally shut down to contain the outbreak, and the economic fallout has taken no-one by surprise.

A look at the “supply side” of the two crises highlights other differences too. In 2009, virtually no-one was lending to anyone. The supply of financing and credit insurance needed to grease the wheels of trade and investment dwindled, but was partially buoyed up by governmental entities such as EKF. In 2020, the financial sector is stronger, and, with the injection of state relief, appears to be capable of tiding over otherwise robust companies disrupted by the pandemic.

This time around, however, the supply side is in a state of shock manifested by the collapse of international supply chains

This time around, however, the supply side is in a state of shock manifested by the collapse of international supply chains. To make matters worse, the epicentre of the crisis is in the world's manufacturing hub, China. Although the most-China-dependent countries are in Asia, the EU and the USA are also reliant on Chinese inputs.

While the world's manufacturing hub is now ostensibly back in operation, in fact, it now faces relapse under a second wave. This is because China is reciprocally dependent on inputs from other countries that are now in turn heavily disrupted by the coronavirus crisis and either unable or unwilling to fulfil supply contracts.

Moreover, the Chinese economy is still reliant on foreign demand, which is likely to be weak for longer than it was in 2009. None of the revenue lost by the tourist and service industries, for example, can be recovered, which will cause companies and employees to cut their spending for the remainder of 2020.

China is not the only vulnerable economy. The same is true of Germany, the fourth-largest producer globally, where industry has increased its share of Chinese and American inputs. In addition, the German economy is even more export-intensive than the Chinese, which is bad news for Danish exports. For many years, Germany has been Denmark's largest export market, but is also pivotal for European value chains.

One small plus in this equation is that a large share of Denmark's exports is made up of pharmaceuticals, foods and energy technology, for which demand is expected to remain stable

This makes the significance of Germany greater than Denmark's direct exports to the country would otherwise indicate. For example, a proportion of Danish exports to Poland are inputs for goods destined for Germany and are thus impacted by the slowdown in the German market.

One small plus in this equation is that a large share of Denmark's exports is made up of pharmaceuticals, foods and energy technology, for which demand is expected to remain stable. However, these sectors do not include all Danish exporters, and 2020 seems set to be a difficult year for many of them.

Small and medium-sized enterprises can now contact their bank to request liquidity to tide them over during the corona crisis with an EKF guarantee.
News

Corona crisis relief: EKF to guarantee liquidity for even more large businesses disrupted by the crisis

As part of the Danish government's business relief packages, EKF is now able to guarantee loans for even more large businesses. The guarantees will pave the way for new loans totalling up to DKK 7.1 billion.