COVID-19 is also spreading chaos in Latin America, where different approaches to the crisis are causing marked regional differences.

Just as the coronavirus takes a harder toll on frailer individuals, the ensuing crisis hits harder in fragile economies. In a region such as Latin America, where several countries have weak health systems, and economies just skirting the brink of bankruptcy, the fall-out could be disastrous. 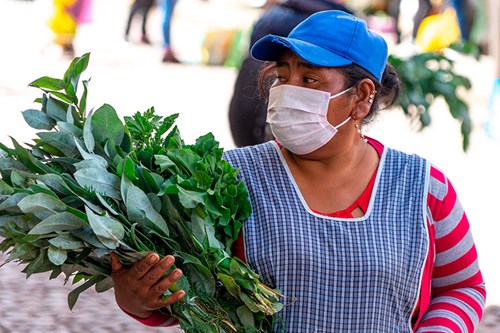 That said, the regional differences are significant, with a former Colombian health minister going so far as to say that it is like having Europe and Africa on the same continent.

Major differences on the health front

On the health front of the crisis, Latin America is split in two. With the marginal advantage for Latin America of the outbreak taking hold in the continent somewhat later than in Europe, countries such as Colombia, Chile and Peru imposed lockdown early, with the result that they are now moving to reopen.

In Chile, for example, President Sebastián Piñera's government is planning to issue a special ID card to people who have recovered from COVID-19 and are assumed to have acquired immunity.

In Brazil, where President Jair Bolsonaro previously likened COVID-19 to a little cold, the struggle is still on to flatten the case curve

Countries like Mexico and Brazil, however, were late starters. In Brazil, where President Jair Bolsonaro previously likened COVID-19 to a “little cold”, the struggle is still on to flatten the case curve. The crisis is so close to overwhelming the Brazilian health service, that 13,000 new graves have just been dug at the vast Vila Formosa cemetery in São Paulo. The latest figures show a two-digit dive in Brazil's GDP in April, and the economic impacts of the crisis seem set to be harsher and longer lasting in Brazil and Mexico than in many other countries in the region.

Economically, however, Argentina is at most risk from the crisis. The country was struggling with an economic quagmire long before the world knew about the pandemic. President Alberto Fernandez took office in December 2019 pledging brighter times, so the timing could not be worse.

The country is massively burdened by sovereign debt, which it is seeking to have restructured. The deadline for negotiations with international creditors is 8 May, and sovereign bankruptcy may be the only option if they fail to reach agreement.

Meanwhile, the small country of Ecuador, which in recent weeks became notorious for footage of coronavirus victims abandoned in the streets, has long faced economic problems in the wake of low oil prices. The latest fall in the price of oil is only aggravating the problems.

Ecuador's economy and government finances are heavily dependent on exports of oil, and so, like Argentina, the country is forced to seek restructuring of its sovereign debt. On a promising note, however, Ecuador has just been granted financial support from the International Monetary Fund (IMF).

Reliance on oil is also a problem in Venezuela, which, even before the pandemic struck, was beset by acute food shortages and hyperinflation. The compounded impacts of the outbreak and a collapse in oil prices threaten to escalate the situation to a humanitarian disaster.

Latin America was already suffering from weak economic growth, with several countries seeing mass demonstrations last year, even in an otherwise stable country like Chile. With the corona crisis, these countries risk having to contend with more social unrest, and the economic and political fog shrouding the region shows no sign of lifting in the near future.