Caribbean cruising is no "Kokomo" under corona

The dead calm troubling tourism in Denmark is as nothing compared to the lockdown waves crashing over the tourist-friendly eastern Caribbean states.

Aruba...Bahama...Barbados... To the wistful strains of the 1988 Beach Boys chart buster "Kokomo", these countries have now made it into a less than happy hit parade: the credit-rating agency Standard & Poor's index of countries that are most prone economically to the coronavirus crisis.

Many Danes will have registered the space available on Denmark's many small island ferries that would normally be packed with tourists. In 2018, tourism, including indirect trades, accounted for almost nine percent of GDP, so the effects of the COVID-19 lockdown were bound to hit hard, in terms of both the tourism industry itself and its contribution to the Danish economy.

However, this is nothing compared to the reliance of the 44 million inhabitants of the eastern Caribbean states on air travel and cruise ship tourism – the two sectors worst affected by the pandemic. 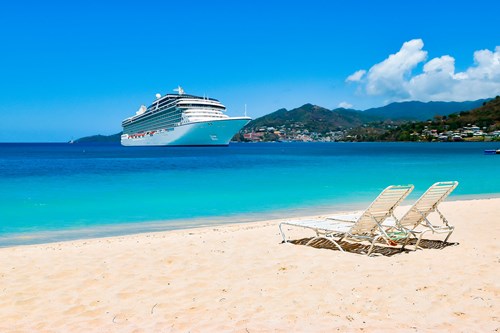 States such as Aruba, Barbados, The Dominican Republic and Jamaica usually receive up to six cruise ships daily, carrying a fresh influx of 20,000 tourists raring to spend on pastel polo shirts and Corona beer.

The fallout is consequently dramatic given that a third of the regional economy is based on these tourists. According to Standard & Poor's number-crunchers, revenue for the rest of the year is set to take a 70 percent dive.

In April, the International Monetary Fund (IMF) forecasted that all Caribbean economies would go into recession this year. While the largest and most diversified economies – Jamaica and The Dominican Republic – are likely to get off the lightest, the outlook for the smallest and most tourism-reliant islands – Aruba and Barbados – is a decline of around ten percent of GDP.

That said, economic ups and downs are nothing new for these resilient islanders. In almost any year, one island will be so hurricane-ravaged that its economy is set back for several years until the hotels and restaurants are rebuilt.

Against that, one cloud on that happy horizon came when the eastern Caribbean states' biggest customer, the USA, announced an unprecedented recession in the first quarter of 2020

Now, however, the corona-induced economic storm has struck all the islands in one fell swoop, while many of their expatriated citizens working abroad have become unemployed, which spells a shortfall in their remittances – the money they transfer to their families in the Caribbean. In Jamaica, those currency flows account for a full 16 percent of the economy. The World Bank forecast that remittances globally are set to decline by 20 percent in 2020 has therefore caused serious concern.

Timing could be worse

On a slightly brighter side, the timing of the crisis could have been worse. The hurricane season is in the offing anyway now, and the peak season for tourists was almost over when the cruise ships dry-docked. And since many sun-seeking tourists will be forced to holiday locally, their Caribbean cravings are likely to be even stronger by November when calm blue skies usher in the next peak season.

Against that, one cloud on that happy horizon came when the eastern Caribbean states' biggest customer, the USA, announced an unprecedented recession in the first quarter of 2020 with 30 million unemployed and an economy contracted by five percent. As bad, the Bank of England has just announced that the UK is facing its worst economic crisis in 300 years.