Home
What We Do
Become an expert in export
Inspiration centre
After May, the flood

After May, the flood

While we still have the worst economic figures to come, we can take heart in the fact that Denmark, at least, has effective, tried-and-tested paradigms for public-private partnerships.

What a thrill to once again be able to start dining out at restaurants, meeting up at cafés and getting the economy going again in a small way. The stock markets are certainly on the buoyant side, and word has it that the coronavirus crisis is set to be V-shaped. Meaning that the steep downturn in the economy will be followed by as steep an upturn. 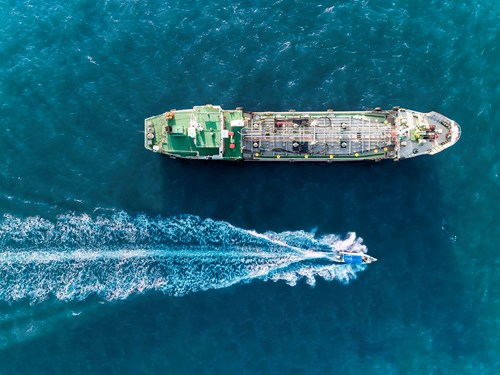 That being as it may, the situation calls more for a new take on “Après moi, le déluge”, given that the worst figures are yet to come on the other side of May. Although a number of countries are reopening, the figures for the second quarter are set to be all-time lows.

The effects of lockdown did not hit home in Denmark until the end of the first quarter, and export figures remained on par for a spell because pre-existing contracts were being fulfilled. In March, exports were reported as down five percent, but the Confederation of Danish Industry predicts that the decrease for 2020 as a whole will be verging on 13 percent, representing a loss in the region of DKK 170 billion.

Going by the fallout from the 2008/2009 financial crisis, it is likely to take two or three quarters from the outbreak of the crisis before the decline in global trade is over. In a new report, the UN Conference on Trade and Development (UNCTAD) forecasts a 27 percent decline in global trade in the second quarter of 2020. In 2009, it declined by as much as 20 percent in the first six months, but then rebounded over the remainder of that year.

However, any big bounce-back hardly seems on the cards this time around. Behind the forecasts for a V-shaped trend in the coronavirus crisis, one particular dynamic seems conspicuous by its absence: fear. Because when those figures for the second quarter go public, they are likely to take their toll on consumer and corporate outlooks for the future. They will be burdened by the figures, just as families will be burdened by one or more breadwinners still being out of work.

Partnering between market and state

Worldwide, governments are seeking to soften the blow with a raft of relief measures. In Denmark, for example, a number of liquidity schemes for exporters have been rolled out under EKF, and more recently a DKK 30-billion insurance scheme was launched whereby EKF supports the private trade credit insurers' coverage of B2B domestic and export trade.

Other countries are offering similar schemes, and that also benefits Denmark. Up to 90 percent of the import credits to Danish companies that would usually be insured by the private market are currently covered by various government schemes. That says something about the depth of the crisis.

But it is also a tacit comment on the ideological trench war of state versus market in which never the twain shall supposedly meet. In 2018 – a ‘normal’ year – national export agencies underwrote new guarantees and loans worth some USD 150 billion globally, the lion's share of which favoured private sector project funding. In the coming years, that figure may rise as the private-sector operators become more risk averse, as was the case post-2008.

In situations like this, it would be ill-advised to create new governmental organisations that are unlikely to dissolve themselves once the crisis is over. In 2009, the Danish short-term credits model was highly regarded among private trade credit insurers because EKF backed them with reinsurance, which it then allowed to lapse as their own capacity recovered. Let's build on those positive experiences from the past.

Caribbean cruising is no "Kokomo" under corona

The dead calm troubling tourism in Denmark is as nothing compared to the lockdown waves crashing over the tourist-friendly eastern Caribbean states.
Article

COVID-19 is also spreading chaos in Latin America, where different approaches to the crisis are causing marked regional differences.