Vestas will supply 122 wind turbines to the Golden Plains Wind Farm Stage One with a capacity of 756MW. The turbines will be installed in Australia, 110km west of Melbourne. 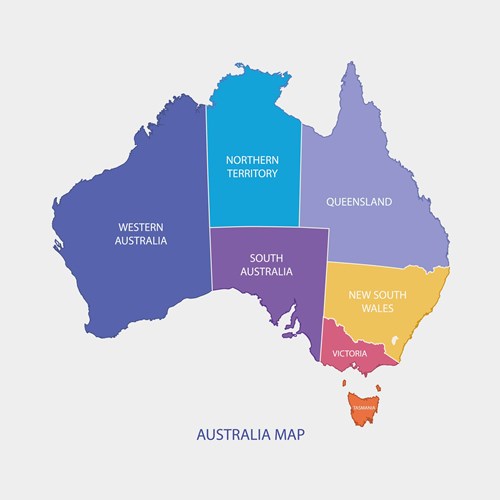 EKF has issued yet another Export Loan; this time to Golden Plains Wind Farm Stage One. (Golden Plains 1). The loan amounts to AUD 300m (approximately EUR 194m) which has helped secure Vestas’s turbines to the largest onshore wind farm for Vestas to date.

Golden Plains 1 will also be the largest wind farm in Australia and will consist of 122 Vestas V162-6.2MW turbines and related infrastructure, including a 5 km. transmission line connecting the project with the national grid.

It is anticipated that the wind farm will become fully operational during 2025. The project has also entered into a 30-year maintenance and service agreement with Vestas.

"It's an ambitious project that we're really happy to be involved in. It also means that EKF is closing transactions in Australia again after a few years break," says Peter Boeskov, CCO at EKF.
"It is furthermore the first large-scale project that EKF is involved in, where the project obtains financing based on a full merchant price approach, i.e., where agreements for the sale of electricity are not already in place. This is an important milestone for EKF and has only been made possible through close and creative collaboration with the sponsor, TagEnergy, and the other lenders.

Golden Plains 1 is located approx. 110 km west of Melbourne in the southwest of the state of Victoria and will cover an area of approximately 11,000 hectares, roughly corresponding to the size of Lisbon city, Portugal. Relevant Authority Approvals are already in place for the next stage, resulting in a wind turbine capacity of 1,330MW, and the establishment of a large-scale battery. When the wind farm is fully commissioned, it will be able to cover the needs of more than 750,000 households.

Vestas and EKF have more than 20 years of cooperation – a cooperation that is greatly valued by both parties.

“We value the partnership with EKF and their financial support for TagEnergy’s Golden Plains Wind Farm Stage One. Through their involvement in this vital project, we can continue to accelerate Australia’s clean energy transition while expanding our sustainable footprint together”, Danny Nielsen, Senior Vice President and Country Head of Vestas Australia & New Zealand.

TagEnergy, based in Portugal, is the sponsor and the only initial investor on Golden Plains 1.

“TagEnergy’s long-term holding position fits well with the commitment of EKF and our ambition to decarbonize Australia. Being able to focus on the project first, establishing the basis for clean generation, and adding contracted revenues during the construction phase is at the heart of our strategy and EKF’s forward-thinking enabled our vision to materialize,” Woitiez said.

The debt to Golden Plains 1 will be provided by EKF, the Australian Clean Energy Finance Corporation, KfW Ipex, Commonwealth Bank of Australia, Westpac, Mizuho, and Bank of China. EKF is the largest lender.

Enel, EKF and Citi have agreed on a facility of 5,8 billion kr. to support the Enel Group’s sustainable investments. The facility is made possible by the purchasing relationship between Enel and select Danish exporters and represents EKF’s first sustainability-linked general purpose financing
News

EKF has approved a EUR 1bn credit facility to the Spanish energy company Iberdrola for the purchase of turbines from Vestas and Siemens Gamesa.