Peder Lundquist took up the position of Deputy CEO of EKF in September 2020 and has served as Acting CEO since 15 March 2021. 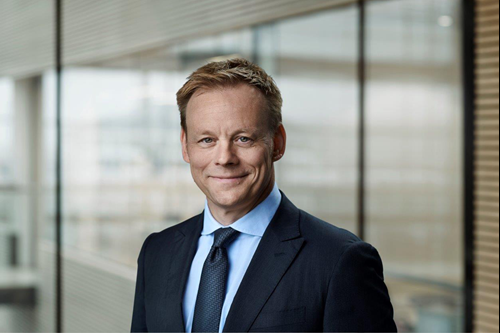 "Peder Lundquist has a strong professional profile with comprehensive insights into both commercial and political affairs, and that combination is what EKF needs. Given that the role of export credit is in the process of changing, I am pleased that we have found a skilled leader in Peder Lundquist, who has both substantial professional expertise and a strong focus on organisational development that will position EKF well for the future," says Christian Frigast, Chairman of the Board of EKF.

Peder Lundquist previously served as head of division and member of the executive management at the Danish Ministry of Finance, where he held the position of Deputy Permanent Secretary with responsibility for state-owned enterprises, climate, energy and environment policies. He is a member of the board of the PostNord mail, communication and logistics group and of the distribution company Evida, and served on the Board of EKF in the period 2015-2016.

"EKF supports both small and large enterprises nationwide in Denmark, and competitive financing will be even more crucial at a time when the struggle to win export orders has only intensified. Peder Lundquist is both a skilled strategist and a pragmatist in dynamic problem solving, and these abilities are vital in enabling EKF and all the skilled employees in Denmark's official export credit agency to continue to exercise EKF's social responsibility and contribute to Denmark's growth and prosperity,” says Christian Frigast.

Under the 2020 National Budget, EKF, which in that year had a total portfolio worth DKK 106 billion, was allocated an additional DKK 14 billion to diffuse Danish climate technology to the rest the world, thereby mandating EKF to manage more than half of the DKK 25 billion held in Denmark's Green Future Fund. In addition, EKF has been mandated to increase its risk exposure at both country and product level as part of the two export packages adopted by the Danish Parliament during the COVID-19 pandemic. Peder Lundquist is also looking forward to heading up these undertakings going forward.

"EKF has long been a significant player in the wind energy sector, but we are seeing growing demand for us to engage earlier in the development of green technologies in support of what may ultimately prove to be Denmark's next great export venture. This naturally entails increased risk, but is a task we are well qualified for, and I have every confidence that the agency will also be able to fulfil this mandate. It is a source of great pride for me to be heading up an organisation that makes a singular contribution to creating and retaining jobs and driving growth Denmark-wide within so many different industries," says Peder Lundquist.

EKF is Denmark's official export credit agency has almost a century of experience and is owned and guaranteed by the Danish government.

EKF supports both small and large domestic enterprises nationwide in Denmark in their efforts to procure financing and insurance against the risks entailed by export trade and internationalisation.

EKF is active in more than 100 countries around the globe, providing everything from small guarantees and buyer credits to project finance for large-scale wind farms and other infrastructure projects.

At year-end 2020, EKF's total portfolio was worth DKK 106 billion, distributed across just under 700 customers, and in 2020, EKF issued new loans and guarantees totalling DKK 23 billion.

Over the past five years, EKF has been instrumental in creating or retaining more than 50,000 jobs in Denmark and has secured export contracts totalling DKK 115 billion.