Day in, day out, EKF Denmark’s Export Credit Agency helps to open Danish businesses' window of opportunity abroad. In the first half of 2021, however, the window was not as wide open as formerly, as much of the world was still struggling with COVID-19. 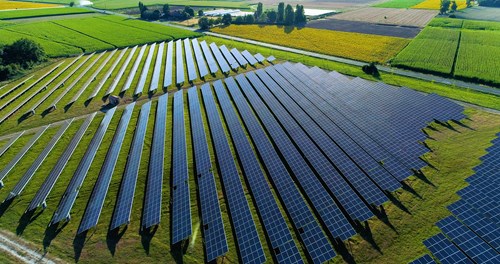 - Far from all countries have fared as well as Denmark in stemming COVID-19 impacts, which means that even though Danish businesses are ready, in the first half of the year, they encountered major challenges in a number of export markets. However, we can see that the tide is turning now. And EKF is ready as always to procure finance and provide risk cover for Danish exporters. "We have every expectation that this will be reflected in our activities for the rest of the year," says Peder Lundquist, CEO of EKF Denmark's Export Credit Agency.

EKF's total portfolio, however, has not been significantly impacted by the pandemic, and has been maintained at approximately DKK 100 billion for its almost 700 customers.

In the first half of the year, EKF continued its full focus on climate action, and on supporting Danish trade and industry's energy transition. In April, Denmark's Minister for Industry, Business and Financial Affairs, Simon Kollerup, signed an agreement on behalf of Denmark with six other European countries, which will step up climate action within public export finance. One of the agreement principles requires the seven coalition members to end export finance for unabated coal, an initiative which Denmark had already implemented in summer 2020. In addition, the members have committed to cooperating on a long-term strategy for how best to promote the energy transition and phasing out export finance directed to fossil fuel.

- "EKF is already one of the greenest export credit agencies in the world. More than 70 percent of our transactions today are green. But we have even higher ambitions for both Danish businesses and EKF. Our strong standing in wind together with a strategic commitment to the Power-to-X field and other new clean-tech technologies further strengthen our role in the Danish and global energy transition, giving new Danish scalable climate technologies the best prospects for penetrating the international markets," says EKF CEO Peder Lundquist.

The ambition for increased Danish exports resulted in EKF's announcement in May that it is opening a new office in Singapore and in New York. The aim is to bring EKF even closer to overseas customers for Danish products and services.

A century of supporting exports

EKF's centenary next year marks the culmination of a century in which Danish business and industry has gone from strength to strength by virtue of new products and new markets, supported by EKF as the official export credit agency in ever-closer interaction with some of Denmark's largest corporates.

EKF has financed the Danish wind turbine boom from the outset, and has been highly instrumental in positioning Denmark for global renown in the wind sector. Today, EKF are also experts in financing offshore wind farms.

Internationally, too, EKF is a known brand synonymous with innovation and quality products and credits. EKF is also Denmark's representative in international forums concerning export finance, and has spearheaded the efforts towards a future-proof global code of conduct.

The scope of EKF's business has increased heavily in recent decades, and especially after EKF in 2016 gained a new legal basis and was converted into an independent public company. However, comprehensive reinsurance of EKF's transactions also means that the money, in effect, goes further.