With its appointment of 50-year-old Peder Lundquist, EKF gains a powerful profile with extensive leadership experience and a wealth of sectoral expertise within domains such as clean energy.

On 28 August, EKF Denmark's Export Credit Agency will be welcoming one of the Danish financial sector's heavyweights when 50-year-old Peder Lundquist joins EKF as Deputy CEO and COO. Peder Lundquist will be responsible for strengthening EKF's organisational and strategic development to ensure that Denmark's export credit agency, now approaching its centenary, remains geared to delivering results for the national economy and Danish export companies in a rapidly evolving world. 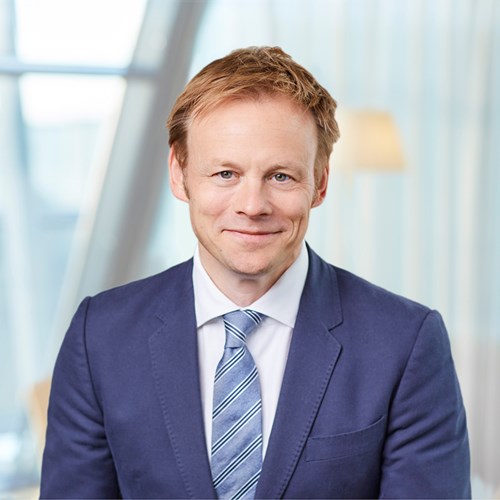 Peder Lundquist comes from a position as head of division and member of the executive management at the Ministry of Finance, where he has served as Deputy Permanent Secretary with responsibility for state-ownership, climate, energy and environment policy; domains that are high-profile at EKF.

"Exports are crucial to society and the Danish economy, and EKF is a significant strategic partner in helping Danish businesses to go global. I am looking forward to the important role of supporting Danish exporters in a future where exports of clean technologies especially are set to gain even more momentum."

Under the 2020 National Budget, EKF was allocated an additional DKK 14 billion to diffuse Danish climate technology to the rest of the world, thereby mandating EKF to manage more than half of the DKK 25 billion in Denmark's Green Future Fund. A mandate which Peder Lundquist is looking forward to assisting in fulfilling.

"EKF has been a major player within clean energy and carbon reduction for many years, but DKK 14 billion is a lot of money even for EKF. We will be keeping up the good work and taking it to the next level so that Denmark can make the most of its position of strength in the sector."

Within EKF, CEO Kirstine Damkjær is looking forward to joining forces with the new Deputy CEO and COO.

"We have an important responsibility for ensuring that we are always capable of meeting exporters' needs even in a highly changeable world. We saw the effect of that recently when COVID-19 disrupted the global scene as we knew it, almost from one day to the next. I have every expectation that Peder will be able to help us in honouring that responsibility. With Peder, we are gaining an executive with senior management experience from both Denmark and abroad, and a strong track record within the interaction between politics and industry," says CEO Kirstine Damkjær.

EKF provides a guarantee of GBP 304 million to Seagreen, a new offshore wind farm off the east coast of Scotland.
News

Elections to the EKF's Board of Directors are conducted biennially under the auspices of EKF's owner, the Danish Ministry of Industry, Business and Financial Affairs. Three new ministerially-elected members joined the EKF Board this year. In addition, a new employee representative was elected internally.